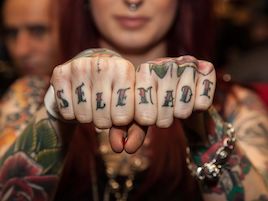 To solve the puzzle, you are given eight (8) letters. You need to find two commonly-used English words, each with four (4) letters, that could be tattooed across your knuckles. When you fingers are intertwined, the resulting spelling creates two new, commonly-used four letter words. There are often many possibile pairs of words, but only one solution where both the knuckles and the intertwined fingers will result in two sets of valid four-letter words.

Think of this puzzle like New York Times' Spelling Bee, except recursive, and harder on your brain. I suggest using scratch paper.

There are not so many possible puzzles with commonly-used words. That’s why I can’t give a real, working example.

But here’s a hypothetical puzzle: You are provided the letters

If you tattooed ABCD on one hand, and WXYZ on the other hand, then one variation of intertwined the fingers would spell AWBX and CYDZ. If this were a real example, all four words would be valid.

You may see some similar patterns to the other puzzles.

An eight-letter final word (should be easier to solve)

I won’t give any hints or suggest a solving strategy until a later blog post. I’m guessing that people may have wildly divergent ways of solving.

When tattooing two words across your hands, there are two main variations: 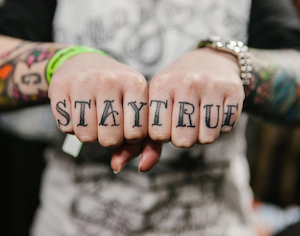 words which are legible only when the fingers are intertwined 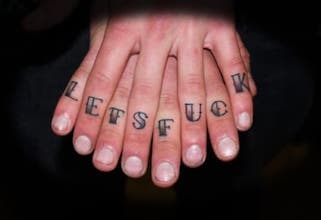 What if there was a way to combine these variations, so that each fist spelled a word, and when you intertwine your fingers, the tattoos spelled other valid words?!

Being a word geek, I had to know. Now I know.

For generating the puzzles, please follow the steps in this repository: https://github.com/philshem/knuckle-tattoo 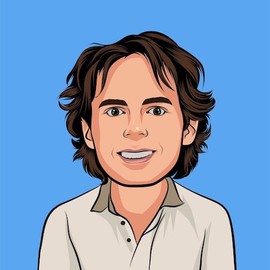